How to feel completely unwelcome in the South of France 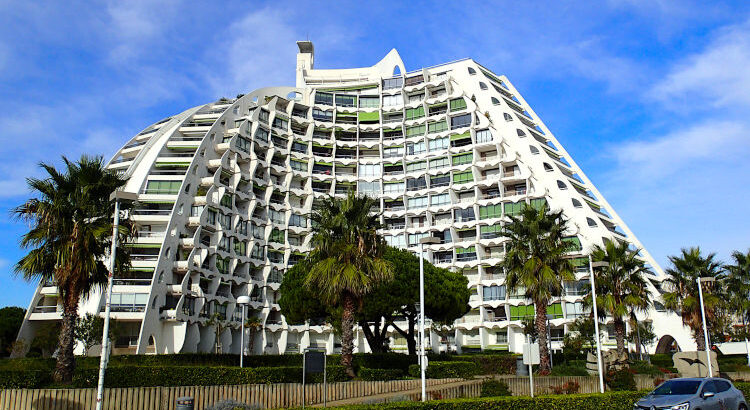 You know the saying about “as welcome as a ………..”. Well, that is how you feel as a motorhomer when you are in the South of France and you want to wild camp, or find somewhere to park the motorhome because you want to visit.

There are “No Parking” signs absolutely everywhere for motorhomes all enforced by a threat of fines. And there is also an incredible number of 6-foot height barriers at the entrance to all parking areas thereby stopping anything but the smallest of vans entering. Even as you drive there is barely a place you can just pull over for a moment, to check a map, stretch your legs, stop in a layby to change drivers. Nothing. Just miles and miles of roads with nowhere to stop.

We can only assume that some motorhomers in the past did what some current motorhomers do today to disrespect the locals and make us all unwelcome, with some examples being:

The photos so far are of a place called La Grande Motte. It’s a popular seaside resort and port, built in the 1960s and 1970s where many of the prominent buildings are pyramidal in form.  When we last visited almost 20 years ago this place was seriously out of fashion. The place was nearly empty, shops closed, buildings looking dilapidated, very low property prices. You could have picked up a nice apartment for about €50k or less.

But recently there has been a surge in popularity and this place is trendy again. It’s buzzing, busy, fresh feeling, popular and very much renewed, with property prices now to match, and a marina full of nice boats.

La Grande Motte totally hates motorhomes. You better park at a campsite or nowhere. There’s a 2-tonne limit for most vehicles almost everywhere in the town with signs saying no motorhomes practically everywhere. If you only want to come into town to visit for a few hours, you have to pay for a 24hr stay to park there – and it’s not cheap here! Or if you are here out of season as we were, the campsites are closed anyway meaning there is literally nowhere to stop.

As the place was nearly empty due to it being low season we were lucky to find some parking on the side of the road a little out of town going towards one of the closed campsites. It was OK to park there during the day, but the 2-tonne limit applies from 8 pm. You would NEVER find a spot in summer.

It’s disappointing but understandable that certain areas don’t want motorhomes visiting, but we really think out of season these restrictions could be eased to allow extra spending in the area. Lots of motorhomers, and especially retired people, enjoy visiting out of season and have plenty of money to spend – if you let us park there.

Not far along the coast, Le Grau du Roi is a resort known for the sandy L’Espiguette Beach and the pretty Port Camargue marina. In these photos Nigel was supposed to be taking a picture of me next to the lighthouse, but it was only later when he showed me them that it became obvious he was far too close and you can’t even tell it’s a lighthouse. Shame. Lighthouses are one of my geeky favourite things.

The only place we could find was a tiny paid parking area for motorhomes with a paid service point to fill up with water. It was totally inadequate with space for maybe 4 vans, and very expensive to park by the hour. The first 2 hours were free however and we were only able to park in there because it was the low season and there was no one else around. But in the summer months, it must be manic and impossible for large vans.

Still, can’t complain too much. At least they provided 4 spaces which is more than the other place.

The fortified town of Aigues Mortes was built in the 13th century on the order of King Louis IX to provide the kingdom of France with a port on the Mediterranean. This was the city from which Louis IX twice departed for two of the Crusades – the 7th Crusade in 1248 and again for the 8th Crusade in 1270. It was Louis IX, son and successor Philip III the Bold who finished the construction of walls to completely encircle the small town, but the work was not completed for another 30 years. They made plans for the long term in those days.

The fortified town consists of 1,634 metres (5,360 feet) of ramparts flanked by twenty towers and one of the most splendid keeps in the architectural style of the Middle Ages. The Tower of Constance was actually used as a prison for Protestants from the Cevennes region from 1685.

Salt mining started in the area from the Neolithic period about 12,000 years ago and is still going on today.

We enjoyed our visit to Aigues Mortes walled town and parking was a little easier than the other two towns but it was small, paid, expensive and had no services. In summer it must be near impossible to get a space because it’s shared with cars. We hardly felt encouraged to stay, but again, better than nothing. If motorhome parking is provided, it will be used. If you don’t provide it, then don’t be surprised if you find motorhomes parked in places you don’t want them!

All these places are missing a huge trick. We maybe understand how they feel in the summer months as there are probably more than enough other tourists (in hotels, paid campsites etc) available to fill up their towns. But they could be more welcoming in the Spring and Autumn months as motorhomers can spend a lot of money in these towns going to restaurants, bars, supermarkets etc. and on the paid parking and overnight facilities provided to them. However, we can only assume that previous motorhomers have pissed them off so much that now none of us is welcome. That’s sad. France is usually fantastic for motorhomes with lots of free or inexpensive aires, but this area, not so much.