Albi and the largest brick building in the world 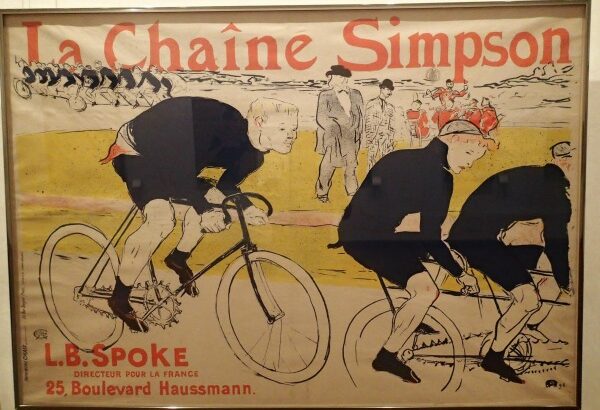 In Albi France, there is a Cathedral that is the largest brick building in the world. It’s a monster of a building! With all those bricks it’s not surprising that the Southern French Gothic Cathedral was under construction for 200 years from 1282 to 1480. Deb gets bored with any project that lasts more than 2 years so how they kept going for 200 is amazing. I guess once you start something this big you know you are in it for the long haul.

The Cathedral’s dominant presence and fortress-like exterior made of brick were intended to demonstrate the authority of the Catholic Church and to protect its sanctuary with thick walls. Only the entrance porch has any kind of elaborately carved decoration, the rest is plain, being just made of brick rather than stone.

Saint Cecilia’s Cathedral is so enormous that in order to fill it with music it needed a truly HUGE pipe organ. It is not any surprise to hear that this Cathedral has one of the largest pipe organs in Europe. It is so large in fact that only 10% of the pipes can be seen. 90% of the organ is hidden behind the monumental facade of the Cathedral. And in the photo below, besides the huge pipe organ that dates from the 18th century, just look at that stunning blue ceiling.

The original Heaven & Hell (The Last Judgement) painting on the entire west end of the church is the star of the show with its brutal depictions of what awaits sinner after death. Originally it covered the whole width of the cathedral behind the altar, but was cut through in the middle to create an additional small chapel behind. They basically cut an archway through the middle of the painting so sadly a third of it has been lost. As if the cathedral wasn’t massive enough, someone decided it needed an extension and destroyed part of this incredible painting in the process.

The huge (16.4m x 15.6m) mural covers both sides of the rounded west wall of the nave. Painted between 1474 and 1484 by unknown Franco-Flemish artists, it is considered one of the most important works of art of the Late Middle Ages. The scene is divided both vertically and horizontally.

The Blessed are on the left and the Damned are on the right. Heaven is shown along the top, with the Resurrection of the Dead below, and Hell at the bottom. Interestingly, it lacks a Christ in Majesty, an element common to virtually all other medieval depictions of the theme.

The vision of the underworld stars a variety of monstrous demons and suffering humans, organized around the theme of the Seven Deadly Sins. Labelled in Old French, they depict (from left to right): Pride, Envy, Wrath, Greed, Gluttony and Lust. Sloth is missing – maybe the painter didn’t get around to it! Or perhaps it was depicted in the area that is now missing.

The wall and ceiling frescos were painted more than 500 years ago and have never been touched up or restored. The colours now are exactly as they were then, a testament to the skills and the quality of workmanship of the artists who created these stunning paintings.

The paintings are truly sensational. So colourful, so bright and so plentiful. Saint Cecilia’s Cathedral is the largest painted Cathedral in Europe. There is an incredible 18,500m² of Renaissance frescoes, which happen to be the oldest collection of Renaissance frescoes in all of France. That’s just less than 200,000ft² which is a truly staggering area. The frescoes depict religious and historical scenes, as well as geometric optical illusions.

The central choir, reserved for members of the clergy, is surrounded by a rood screen with detailed filigree stonework and a group of polychrome statues.

This rood screen is one of very few remaining in the world. It became the fashion to remove the screen in front of the choir to open up the central area of the cathedrals and allow an unobstructed view through to the altar for the congregation. The screen is almost always replaced with a metal grill, and not always in an attractive way. Instead of pulling down the screen in Albi, the church was reversed and another choir was built at the west end of the Church along with another altar and a small chapel behind for the remains of the saint.

The stonework in the choir and the rood screen was the most amazing, similar to the Indian style of piercing work you see in ivory. The most minute details created with tiny tools. It’s incredible to think that many churches over the years removed these fantastically perfect rood screens and no doubt when they were removed they were destroyed. There’s no way it could be dismantled without it falling into tiny pieces.

This part of the Cathedral was free, but if you wanted to see the rest, the other side of the rood screen then there was an entrance fee of €10 to see the choir section and have an audioguide.

The rood screen was added in the late 15th century with everything delicately carved from limestone.

The 15th-century choir screen is especially famed for its abundance of skillfully-carved and painted statues. Dating from 1480, these consist of 33 Old Testament figures, 15 New Testament figures (Twelve Apostles plus the Virgin, John the Baptist and St. Paul), 70 angels and two emperors (Constantine and Charlemagne over the north and south entrances).

Each figure is carefully sculpted with an attention to detail in both their expression and appearance.

In 2010 the cathedral was designated a Unesco World Heritage Site, and very well deserved. It’s certainly one of the most splendid we have seen, in terms of scale, the quality of the frescoes, the statues and the breathtaking pierced stonework. Simply staggering.

The whole of the old town of Albi is filled with the most gorgeous half-timbered buildings and ancient brickwork. Clearly their brickwork was highly developed and of excellent quality for the buildings to have survived in such excellent states of preservation.

It’s like stepping back in time to visit the old squares with the half-timbered houses towering tall above the cobbled streets. There’s no evidence of any crumling or decay to the bricks in the shops and houses or the cathedral.

All of the buildings are very tall in Albi, made to look even more so because of the steep banks of the river. So although a house may appear to be 3 or 4 stories on the side closest to the street, on the side that faces the river, it may be twice that, with warehouses and arches opening onto the river to accept goods and deliveries. Albi was very prosperous and rich merchants, traders and shop keepers built impressive large houses which are still standing today.

Next to the Cathedral and slightly down the slope to the river was the Berbie Palace, the home of the bishop. It is huge from the outside, and would originally have been very ornately and richly decorated for the bishop, but inside all of its original features and glory are entirely missing now and it’s a blank canvas. It’s just plain and modern, but it does create the perfect home for the Henri de Toulouse-Lautrec museum. More than 200 original pieces from the artists including many works from his formative years.

Interesting to see his style develop away from the early military and horse paintings in the style of his tutor and towards a more impressionistic style with loose brushwork and striking colour.

His use of no colour at all, just a plain background is so striking, with just minimal sketched lines to imply movement.

He is famous for his love of the bawdy and his frequenting of brothels and clubs such as the Moulin Rouge. He could frequently be seen capturing the movements of the dancers or the ladies of pleasure in his sketchbooks, but he was clearly also a very accomplished artist and portrait painter.

However, Toulouse-Lautrec is best known for his posters, particularly for the Moulin Rouge cabaret which opened in 1889.

His parents were first cousins, which left him with congenital defects that caused stunted growth. At the age of 13, he broke his left femur and the next year he broke his right femur. The breaks did not heal properly. Afterwards, his legs ceased to grow, so that as an adult he was extremely short, just 4 feet 8 inches (1.42m). He developed an adult-sized torso while retaining his child-sized legs. Physically unable to participate in many activities enjoyed by boys his age, Toulouse-Lautrec immersed himself in art.

In his less-than-20-year career, Toulouse-Lautrec created:

An alcoholic for most of his adult life, Toulouse-Lautrec was placed in a sanatorium shortly before his death. He died at the age of just 36 from complications due to alcoholism and syphilis at the family estate in Malrome. A short but very remarkable life and his museum was quite exceptional.

Although inside the Palace was plain the gardens were really beautiful and had fabulous views overlooking the river.

We stayed on the other side of the river in a lovely large open field with the river and woods on one side and the sewerage works on the other side. Nice! It was not as bad as it sounds. There was zero smell from the sewage works just a very faint humming noise.

We had a very quiet and pleasant stay for free – with a free service point and water. Further up the slope on the right was the new official motorhome free aire which looked really nice but with the weather as nice and warm and dry as it was we preferred the open field. See the map below.