Chateau d’Usse and the sleeping beauty 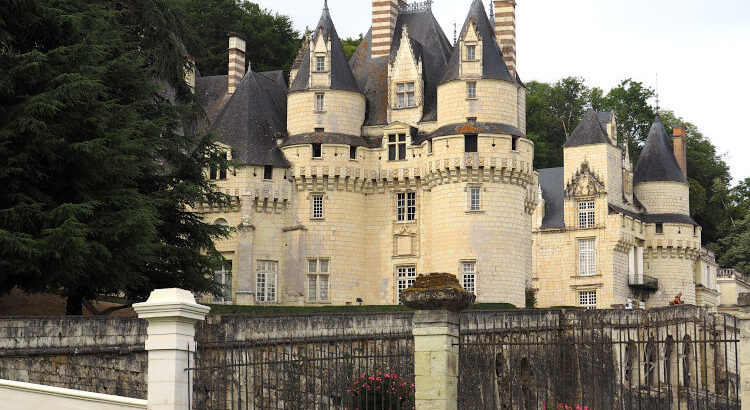 The beauty of the chateau and its many turrets and towers inspired the story of Sleeping Beauty after the author came to stay at the castle. Apparently the chateau also influenced the design of Disney’s famous Cinderella’s Castle in Disney World, which is another great way of selling the tour to all those tourists!

Reviews say that the inside isn’t one of the best because it has displays with old creepy (and dusty) mannequins, and much is themed around displays for the sleeping beauty story. There are only so many chateau interiors you can do before it can become wearisome, so we skipped this one as a tourist, and just snatched a few photos from the outside.

Also, there are only a few rooms open to the public because the house is privately owned and the family still live it in today. In 1885 the Count de Blacas bought the chateau and his descendants still live and make a home there today. The Marquis de Blacas who is the grandson of the man who began the Egyptian Department at the Louvre currently lives there.

Here’s a 2-minute YouTube video showing you a drones eye view of the chateau from the outside.

To get to the chateau we had a lovely nice flat and easy moped ride through the countryside from the Villandry area, partway along the top of the Loire river flood defences.

We stayed in a motorhome parking area, in a field that was privately owned by a lovely French couple. We liked it so much that when we returned to the area a few months later we stayed there again.

This is where our cat Scruffy suddenly surprised us and tried to make The Great Escape. After showing no interest previously in leaving the van, he suddenly sprinted out of the door and to stop him Nige dived and grabbed his tail and then dived on top of him. Unfortunately, in doing so Scruffy face planted into the grass, and got one of his top canine teeth knocked out! He now nearly permanently has his tongue hanging out of his mouth. Nige was very upset but not as much as Scruffy was. Poor little chap, although actually he doesn’t seem to notice and not be as bothered about it as we are.